Community based planning and advocacy 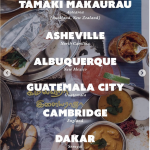 January 18, 2023 | Eater – "We thought not just about hit lists and must-try dishes (though those are important, too), but also the aspects of meals that make them feel immersive: the people, environment, culture, and history behind foods that force us to pause, inspire us to stray off the preplanned path, and tempt us to stay forever."

Rejuvenating Barelas: State-supported project to give Fourth Street a facelift

November 2, 2022 | Albuquerque Journal – About a half-mile stretch of road in one of Albuquerque’s oldest neighborhoods will get a facelift, thanks to some help from state funding that was announced at a news conference Tuesday at the Albuquerque Hispano Chamber of Commerce. 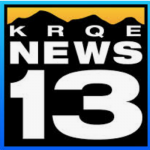 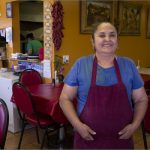 Barelas! Named a Best Food Neighborhood in the U.S. (no surprise here, verdad?)

August 30, 2022 | AFAR – Settled in the 1600s, this neighborhood is the oldest in Albuquerque. It hugs the Rio Grande and Camino Real, a colonial-era trail that once led all the way to Mexico City and is now home to the South Broadway Cultural Center and National Hispanic Cultural Center. The latter houses Torreón, the largest concave fresco in North America, and the destination restaurant La Fonda del Bosque, where you may be tempted by the Chinese barbecued duck quesadilla or Albuquerque French Dip, served with a green chile red wine au jus. The area has a wealth of old-school panaderias and Mexican and New Mexican restaurants. Some have even made their way into popular culture, appearing on shows both real (Man vs. Food) and fictionalized (Better Call Saul). 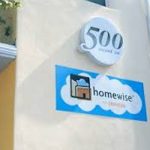 April 10, 2022 – With planners working on construction documents and a key state organization strongly hinting that it will fund at least a part of the overall effort, a $5 million renovation of Fourth Street in Barelas looks set to proceed this year or soon thereafter. The project, which covers the area between Coal and just north of César Chávez, entails a laundry list of changes designed to slow down traffic, make life easier for pedestrians, and generally beautify the area. 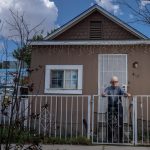 April 2, 2022 | Albuquerque Journal – A drive through Barelas reveals vibrantly painted murals, narrow streets lined with shotgun houses in various stages of aging next to new adobe homes and storefronts that once served as service stations. People on bicycles or on foot are a common sight. Tucked away at the intersection of Barelas Road and Hazeldine Avenue is the community center citizens united to build in the 1940s. It’s also home to the ABQ BioPark Zoo, the revered Barelas Coffee House, the National Hispanic Cultural Center and the Albuquerque Rail Yards. People usually place the neighborhood under the South Valley umbrella, but that doesn’t tell the whole story. Barelas has deep cultural roots that flow all the way back to the time of the conquistadors. 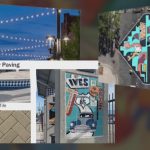 March 29, 2022 | KRQE – Big plans are in the works for Albuquerque’s Barelas neighborhood. Keith Romero is the president of the Barelas Community Coalition and for the first time is revealing plans for the Barelas Great Blocks Project which will give 4th St. a $5 million makeover from Avenida Cesar Chavez to downtown.

Edit this | Admin | Designed/developed by Evo